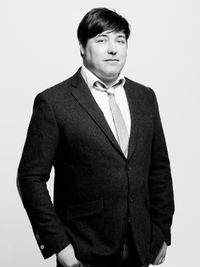 John was born in Birmingham but grew up near Oxford and moved back 20 years ago where he now lives with family and his vegetable plot. He studied Genetics at King’s College Cambridge and was a contestant on the Young Krypton Factor. When not touring and recording with Bellowhead or the award winning duo, Spiers & Boden, John likes all sorts of gadgets, especially ones associated with coffee making, home brewing and Oxford United. Formerly a busker on the streets of Oxfordshire, he even spent a brief time in a busking band with Stephen Gately. John’s father was a Morris Dancer.