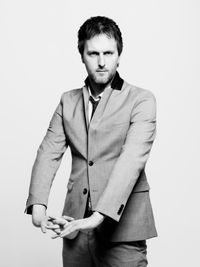 Jon was born in Chicago but grew up in Winchester, studied Medieval History and later, Composition for Theatre. He’s lived with in rural moorlands near Sheffield for past 6 years. In between times, Jon also tours with Jon Boden & The Remnant Kings and Spiers & Boden, composes for theatre (RSC amongst others) and in 2010 undertook an ambitious, ongoing solo project called A Folk Song A Day.