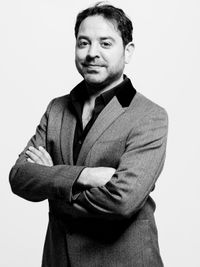 Editor of the Bellowhead Songbook, and Hampshire Dance Tunes, Paul's  composition commissions include numerous works for theatre; The Seven Joys of Mary for the Choir of Somerville College, Oxford; and The Hartlepool Monkey for Streetwise Opera, nominated for a BASCA award.

Since 2001 Paul has directed the Andover Museum Loft Singers, a non-auditioning community choir specialising in traditional music of the south and south-west of England. The Singers frequently perform at local events and festivals, have appeared on a number of recordings, and featured on BBC Radio broadcasts.

Having gained an Honours Degree and Choral Scholarship at Oxford, Paul was awarded a First for his Masters in Traditional Music, and in 2007 received a 75th Anniversary Award from the English Folk Dance and Song Society.

Paul’s latest book, ‘The Community Choir Collection: Folk, 50 Traditional Songs from the British Isles’ is due for publication by Faber Music in January 2016.