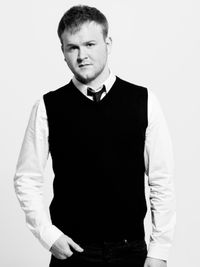 Voted Musician Of The Year at the BBC Folk Awards 2015, Sam has one of the most impressive CVs on the folk scene, and he is still in his twenties. To simply call him a fiddle player is to do him something of an injustice. He’s been playing violin since he was six and is now a highly respected multi-instrumentalist, most notably with multi-award winning cultural sensation Bellowhead. Sam is one of the key players in the current resurgence of English instrumental music and has recently been appointed the inaugural Artistic Director of the National Youth Folk Ensemble. Sam has also performed with The Full English, Eliza Carthy, Jon Boden & The Remnant Kings, Fay Hield & The Hurricane Party as well his own critically acclaimed show Made In The Great War.
WEBSITE